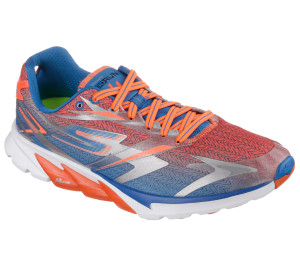 It’s time I speak to you of my Skechers Gorun4, these shoes touched me in a contest that surprisingly I was the winner, the primera edición del Concurso de blogs deportivos #Soyrunneryblogger, and these were one of the pairs of slippers received.

My first impression upon receipt, was that the box had been empty since the box was so light that was my first thought, but when opening we see that it’s no empty, there are shoes inside, first great joy, are a skechers, and also they weigh nothing. Well they say that about 227 grams, but for someone accustomed to running shoes for mountain, these have to admit that weigh nothing.

These shoes are suitable for a neutral runner, like me, am neutral, neither too fast nor too slow, wink

These are slippers that look very elastic when you use it but not the foot is less caught inside, nothing more false, the grip is quite good, and the foot is at all times in place, or at least ours. The front is padded, and in the 200 km of test thet they carry in their soles, have not suffered any chafing.

The Gorun4 have in the back a hole called QuickFit designed to put  or put off the shoe more quickly. Although it could also be a place of entry of water, earth, stones, snow, whatever you want to put inside the shoe. 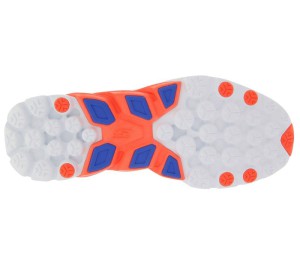 The sole has a special design, with a central part with rectangles, and the rest of the sole, with a kind of round studs. It is a part that wears out very quickly, but is also due to the minimalist feeling you get these shoes, they are not made to last kilometers and kilometers, if not to feel every centimeter of ground you walk on

And this is true because when i put on my shoes, the first impression is to be treading the ground, you feel every irregularity of it. At first it may seem excessive that feel the ground, but eventually you get used to, and not annoying.

Inside it brings a template, which can be removed if we want a more minimalist feel of the shoe, I personally have not tried even without the template.

In the central part of the sole, it is the so-called MStrike, which facilitates the tread on the forefoot. And with Goimpulse sensors scattered around the sole for better grip, more cushioning and provide stability to the tread.

Upper is constructed with a double mesh fabric to facilitate perspiration, and give a great feeling of comfort and support the foot.

The finishes are heat sealed, and bears are refracting details both front and heel to facilitate visibility of the runner at night.

The strands are perfectly fit to give that feeling of standing well attached inside the shoe, and the tongue did not know any problems or discomfort in the race

I can say that Gorun4 performs very well and are very comfortable at least at distances up to 15 km. Since this is the maximum distance in which we tested.

Moreover, despite being shoes not designed for mountain, we use we have given has been on trails and cement, and we must recognize that behavior path has been pretty good, holding well to it, and not being no problem minimalism feeling the floor of the trails. 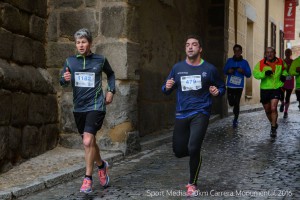 We use race in the Carrera Monumental Cébé Powerade Ciudad de Segovia and I must say it was perfect, both for convenience, such as wet grip and stony soils of Segovia. But it should not be very bad when we met two runners with the same shoes on this stretch of race right? wink

Yes, as may thrust the leg in mud, apart from the dirt, in this field, the grip is quite low, but as I have mentioned, are not made to mount.