Inicio Paths Path of the Cercedilla’s Race of Christmas 2015

Path of the Cercedilla’s Race of Christmas 2015 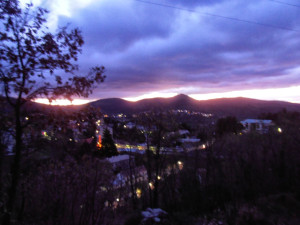 Sunday is the classic day that the weatherman has been preparing to spite you, that if it will rain, it will snow, it will do a lot of cold, etc. Any inclement weather imaginable.

For even good so I decided I was going to do on Sunday the Path of the Cercedilla’s Race of Christmas 2015, the number XII edition of the same. So I got up on Sunday, with much effort, I have to admit, but eventually got up. I go out, and the first is a breath of fresh air, so cool, its temperature is below 0 degrees, causing that if there was any part of my body without waking up, immediately activate or die frozen. 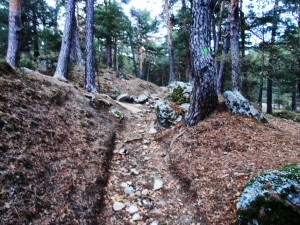 I park the car near the railway station Cercedilla, then I begun to run after 1 km of the race, but i’ll do it when i finish the run when the roads are reassembled. For those who were running last year this race, they will find out that the path is traced to last year. Exit by Calle Mayor, then to jump off the Calle de San Andrés in downhill, past the train station of Cercanias, and take the calle del Cascajal, to then walk front the fountain of the Tomillar and immediately started to go up.

First we went up the Paseo de Canalejas, a strong rise, which almost instantly is easy to follow continuously rising, but much smoother, by Camino Puricelli o Carretera de la República, this rise is very comfortable, on a road with many projecting stones, which can bother us if we run barefoot, or so it seems. After about 2 kilometers and a half, we have a harder climb, which coincides with the junction of this road with the Camino de los Campamentos, but leave almost immediately for driving on the forest path known as Camino Viejo de Segovia.

Very beginning of the path, we have a full stretch, and even drops, perfect to recover back the breath. Then we face another hike along the old path until the time we crossed the Arroyo de Pinolobero, at which point we turn to the right, to go to a forest road.

This is when the route last year changed, because instead of going down to the Roman road, we continue up the forest road for a kilometer and a half, personally part of the race that I disliked because the environment is not as nice as other times, and also because the signs I could not run at the speed I wanted. 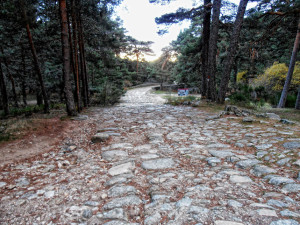 We reached the top point of our adventure shortly after crossing the Roman road, when we started a parallel downhill to the arroyo de la Fuenfría for a little more technical way, which we will come down aware of the loose stones and the roots.

In less than 800 meters recover the Calzada Romana again, in this path we go down to the parking Fuenfría. And enjoying ourselves the luxury of being able to run a Roman road.

Shortly after passing the Venta’s reservoir, again we crossed the river Venta by a small bridge, or each one as he can, we retrieve the route of the last year, up slightly the zone of Herrén de Cebrián, for then take the Camino del Agua by Cerca Barrancas, and all falling to Cercedilla.

Where we go down the calle del Altozano and the Calle de la Cacera de Gobienzo, looking the main street to go down to goal, although we deviate us, and continue to where we had parked the car, and terminate the Path of the Cercedilla’s Race of Christmas 2015.

As always I leave the track of the run