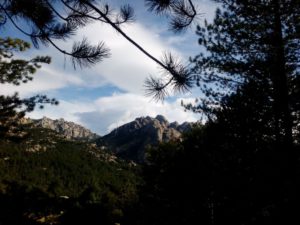 The title of this route as you could have guessed, is obtained from the site from which the path leaves and the place through which it runs. Matalpino Pedriza Anterior, is in summary, a route that leaves of Matalpino, to enter in the Pedriza Anterior, and return again to Matalpino.

The route leaves from Matalpino, and coincides with the course of the mountain race Táctika Trail de Matalpino, only that is realized in opposite direction to the same one. But to make the journey in one direction or the other, can not leave us indifferent to the wonderful views that will accompany us during the run.

To start our path, we are positioned in the square of Matalpino, from which we start to run quietly, as we expect a continuous climb of 4 kilometers. We leave by the street Frontal and the GR10 towards the road from Becerril to Matalpino. At the moment we deviate by the Rojas Street, and to leave the town by the Passage Rasos. 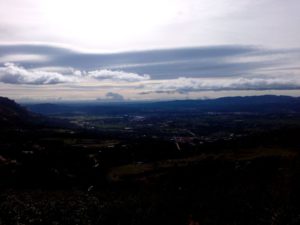 After a while we also leave the passage to start climbing first by an easy road (a dirt track) up, until crossing the Arroyo de las Callejas. From this moment, the terrain becomes more difficult, due mainly to the ramp added to a path with loose soil, that makes easy to slip on the same. 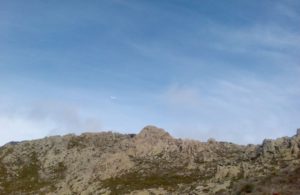 This last section of climb up to the Collado Porrón, again we do it walking, climbing at constant pace, until we reach the Cuerda del Hilo, from where we can almost touch the planes that pass over us. 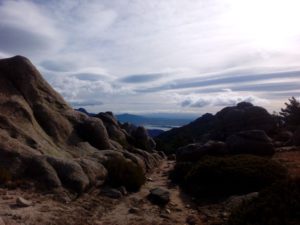 At the summit and start running towards the Cancho de las Porras, the Santillana Reservoir appears in the distance, it is a wonderful sight, which comforts us after this long climb.

We started running, and this is where we decided to do the reverse of the Tactika Trail, and down the Umbría de la Garganta in zig zag. At the end of this descent, we start a very comfortable ground to run, which leads us to Canto Cochino, leaving to our right the Loma de las Casiruelas.

Arriving at Canto Cochino, the lowest point of the path, we start climbing the Garganta de la Camorza (if you want to know the origin of its name, here you can consult it). Crossing several times the road, we arrive at Collado de Quebrantaherraduras, we continue and we enter in the area of the Picos de la Higuera, where we will find a picnic area, and climbers.

Following the path of Quebrantaherraduras, we come to a track, which we cross and where we replenish water. And from here we take the PR-M 16, and climb again 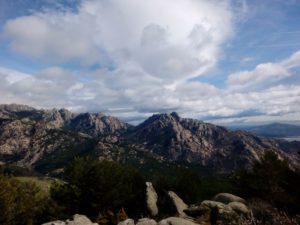 This time the climb becomes hard, and we have accumulated kilometers, and we have to go up again to the Collado del Porrón to get down to Matalpino. But little by little and with good pace, we are advancing and under Peña Blanca and Collado de los Vaqueros, we go to Collado Porrón.

And it’s only down from the Collado Porrón to Matalpino, to finish this path. The descent can not be done at full speed as we would like, since the terrain does not let us shoot in free fall, then we do it with care

This route we did in about three and a half hours, quietly and stopping to take the photos of rigor, and admiring the landscape that deserved well. As always I leave the track of the same in case you want to download it