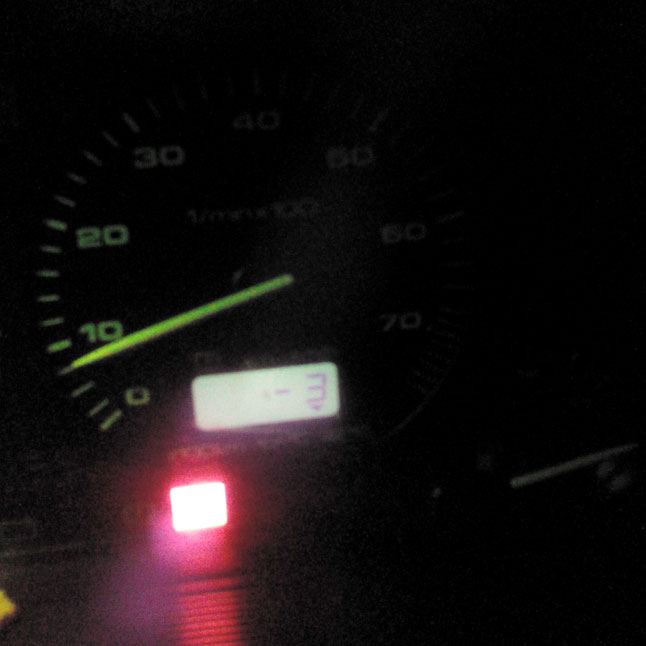 Some Sundays ago, I decided to approach Cercedilla, to run a little, make a little path, leaving Cercedilla, and take a walk through the Fuenfría, although taking a walk with the cold it was, it was a joke, rather to turn the Fuenfría, hehe.

The temperature is not that it was really high, but at 8 am on January in Cercedilla, it’s hasen’t be hot, rather it was not snowed, since in this month to go running in Cercedilla without snow is a luxury. The first thing I did was leave the car at Carretera de los Molinos, with great courage to get out of it, warm up a little, and start the run.

We ran passing in front of the Cercanías train station, and take the M-966, Carretera de las Dehesas, but almost immediately abandoned it to cross the river de la Venta, and take the Camino Puricelli, PR-M 4, which leave almost immediately, to continue to rise close to Arroyo del Collado del Rey to cross Camino de los Campamentos, PR-M 30. When crossing this path we continue up the Vereda de Poyalejos, habitual path to climb the Peñota, and one of the most beautiful paths of the Sierra de Guadarrama.

This trial bike at the end intersects the Camino Forestal de la Calle Alta, which also cross in the area of Fuente del Astillero, to reach the GR-10. And in this path we launch into the conquest of Peña del Águila 2008 mts, the first major summit of the day. And in this rise we started to see our first water iced, and the summit we get a cold wind that makes us reach the lowest temperature of the whole tour, -5 ° approximately. But the views of the Sierra de Guadarrama obtained from up here, worth, and make the temperature does not seem so low.

Now begins a comfortable down by the GR 10 to the Collado de Marichiva, the descent is a fairly easy path, where we find some ice, and plenty of loose stones, but pose no problem.

Arriving at Collado de Marichiva, crossroads of the GR 10, PR-M / SG 9 we left the GR 10 and headed Peña Bercial 2002 mts, rise by a fairly protected land, among pines and scrubland, and suddenly almost without realizing it disappears all vegetation, to go slowly leaving the heights again with few plants that accompany us and protect. 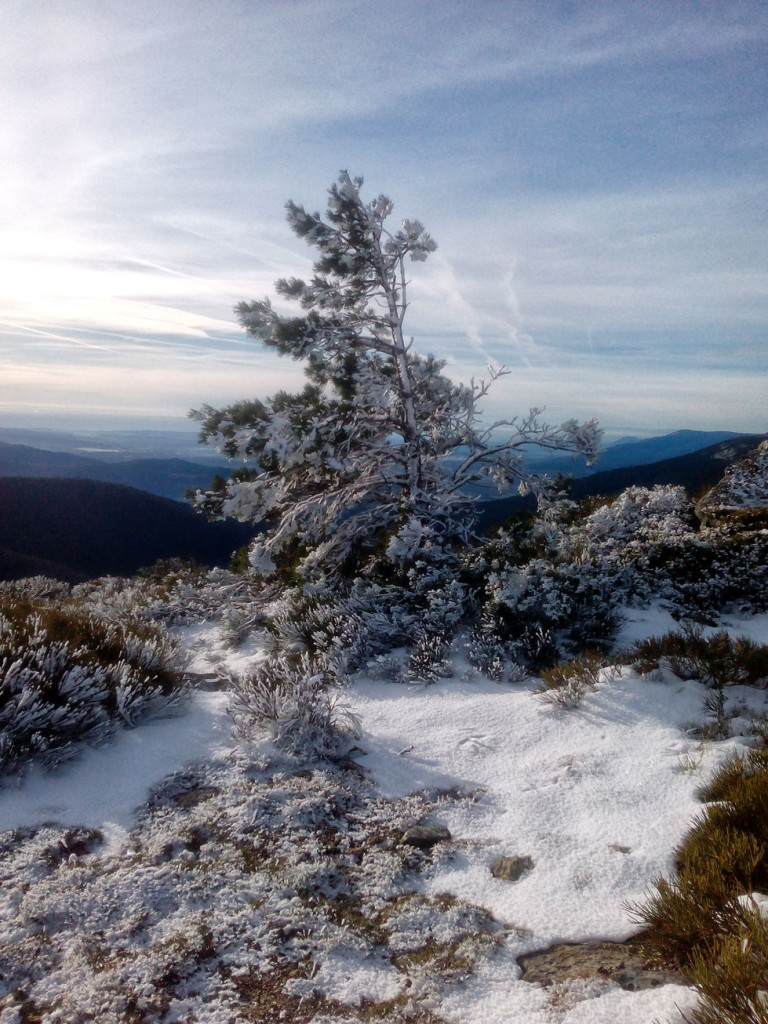 Again we are exposed to cold air, and from Peña Bercial we head towards our roof today, the Cerro Minguete 2026 mts, in this  summit we find more snowpack, which leaves us a beautiful winter prints. Now from Cerro Minguete, and lower take the PR-M 4 to the Puerto de la Fuenfría.

Once we arrived at the same, we take the Carretera de la República GR 10  again that will take us on a slight descent to our final destination. Along the way we pass the Mirador del Lanchazo, de la Calva o de la Reina. 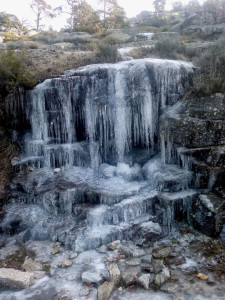 Passing under the Pico de Majalasna, the water seeping through the rocks gives us a beautiful picture of this winter so rare that we have this year.

Reached the Pradera de Navarrulaque, we continue along the Carretera de la República, and we just abandon it to go towards the Miradores de los Poetas, and then, down the Senda de los Sevillanos, Verda Alta, and finishing down the area of ​​the las Eras, to finally pass under the Cerro Colgado and enter Cercedilla with a small oversight, and take theCamino de los Depósitos, and run through the streets of Cercedilla, until the beginning of our route, which will now be the end of it.

As always I leave the track of the route.