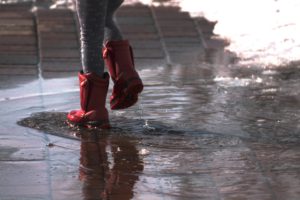 Dear diary, today is August 29, and it seems that we end the summer, thunder, lightning, fresh atmosphere, and all this in addition accompanied by a persistent rain. Then the first question arises, I go out to run?. Is it going to be worth it?.

The first is to address the pros and cons of that question and its answers. What can happen to me if I go running? The most direct and easy, is that a lightning strikes me. But of course, I think, if a lightning strikes me, I just become a superhero with some kind of superpower. Maybe the speed of lightning might be. And then, surely I could lower my race times. 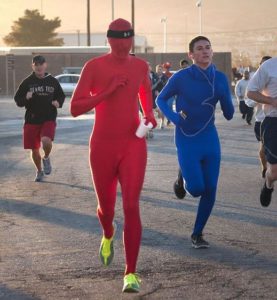 But you also have to think about the cons. And if I become a superhero, I would have to buy some super-special clothes to run (and do good things at free times of course). With the expenses that this would cause in my pocket. And besides, it would not be legal to take advantage of my super-speed

So in the end I undid the idea of running under the lightnings, to become a superhero. Since it was not very clear that he would succeed.

Again I think of positive and negative things that can happen to me if I go running with the one that is falling. And another one of them, is that I drag by the flood. And again a light comes on. Positive thinking, same with the speed of the drag of the flood, I lower my running times. But of course, negative thinking. I lower my times yes, but those times only count for triathlon, since it would go by the water. I undone the idea again

And again we return to the question of what could happen to me if I go running? That I soak, but not some cooling droplets to be able to fight against the summer heat, no, to soak me to the point that my clothes do not absorb more water, and my body collapses and gets sick. And the light returns, that little light that gives me ideas. What if, with a fever, I surrender more and better?, and my results improve, due to the feverish state that turns out to be beneficial for my body. And negative thinking again throws the idea away. Whenever I’ve got sick I’ve felt like crap, not wanting anything. I do not think it would improve, it would get worse, my times and my health

And that’s when I’m giving up the idea of running on August 29. My mind first thing is to turn off the little light of ideas. Which I imagine must be a bit fused today. It’s giving me some ideas that I should not follow

But at this moment I see that it no longer thunders, drops a few drops, but it does not matter, I think. It is time to return to being a child, to run without prejudice, without time, to tread on puddles and stained with mud. From forgetting to thinking, and concentrating on smiling. 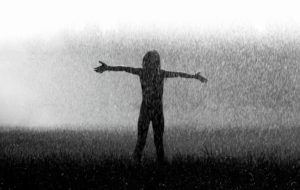